In many cases when preparing data, you may want to apply the same operation to multiple columns.

This can be achieved in a Prepare recipe or visual analysis in a few different ways, depending on the type of operation and type of data at hand.

In the Columns View, you can select multiple columns and choose an operation from the Actions menu to apply to the selected columns. This creates a new step in the Script, and is essentially a shortcut to manually re-creating the steps individually. It is especially useful for processors that cannot be extended to multiple columns in the step editor.

For example, you can apply this strategy to rename multiple columns at once. You may have several columns that relate to a customer’s home contact information. In order to help differentiate this from their work contact information, you can select the needed columns from the Columns View, choose Rename from the Actions menu, and then add home_ as a prefix to all of the selected columns.

As shown in the video below, the new step in the script is a Rename processor that renames each column individually.

The processors that can be applied to multiple columns in this manner depend upon the data type of columns selected:

Another way to apply a step to multiple columns is through the step editor. Many processors have several modes for specifying the column.

The video below demonstrates these differences.

Other examples of processors that can be applied in this way include processors to impute missing values, flag or filter rows, and rounding or converting number formats.

In the example below, the process function adds 5 to the integer-valued columns. 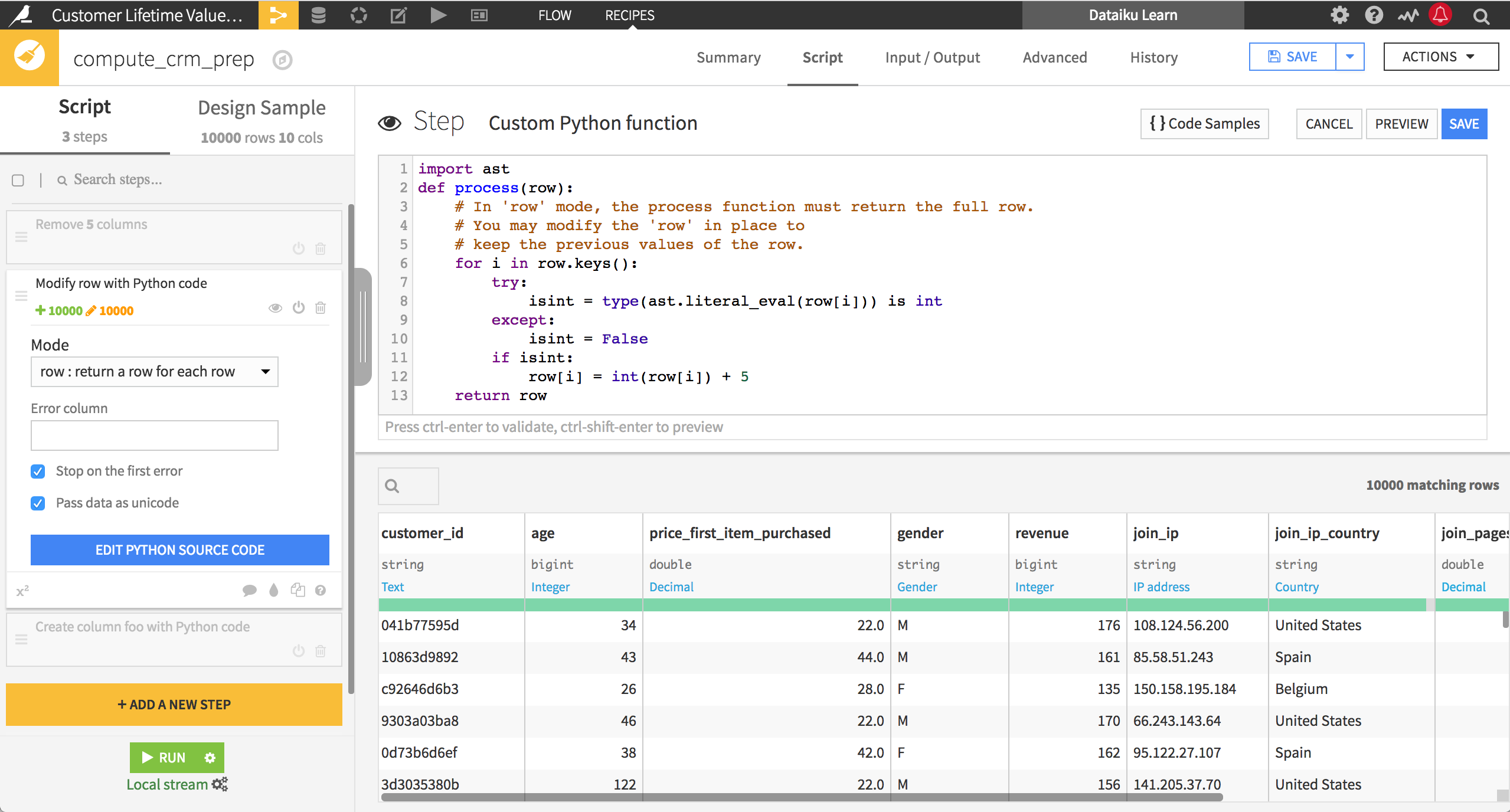